Showing posts from February, 2017
Show all

#308 - A Brief Selection from My Irish Notebook 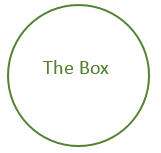 Motto: Sometimes I Impress Myself
In Columns #219 and #289 I shared a series of snippets from the Moleskine I had been writing in for the past year or so. Last night I re-discovered the green "Irish" notebook that Melissa gave me for our 1-year anniversary (of dating, not marriage). Reading through it last night was one of the more entertaining things I've done in a while. I'd like to share with you a brief selection of things I wrote about from ~January 2011 to ~February 2012. This is from a time in my life before I graduated college, got a job, got married, and started doing all the projects that I write about here in the Column (also it's from before the Column). FYI - I'm going to write these quotes in the color they were in the notebook.
Let's begin.
Things I'm likely to learn from the time log: > You have too much time on your hands > The implications of E=MC2 > Other stuff ----- - ----- It's beginning to look like the best system is just …
Post a Comment
Read more
More posts