First off, I feel its necessary to give you an idea of what is going on right now:
I'm not doing anything.

Now that you're up to speed, I would like to get started. I hung out with my cousins this weekend. We have grown up together, as evidenced by the following (awesome) picture. 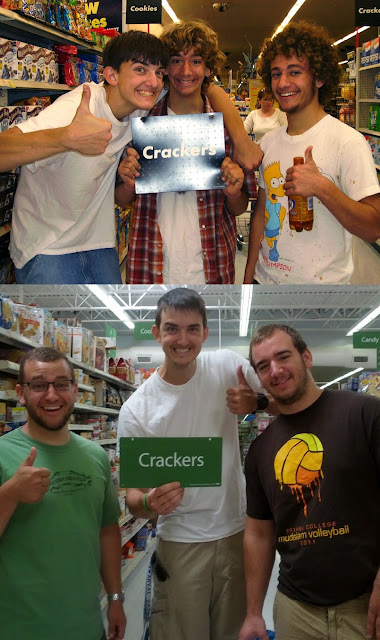 For those who don't know, the picture above depicts, from left to right, a future medical doctor, professional engineer, and police officer. It also depicts three very white guys.

I like the show "Holmes Inspection" on HGTV. The fact that I like any show on HGTV means I'm getting older. I think that other signs of my aging would make a wonderful top 5. Look forward to that.

I am switching my EDC tablet from my Transformer to a Nexus 7 tablet. The Nexus 7 is a seven inch tablet, purely Google. It is lighter and smaller than the Transformer. It won't take up as much space in the bag (I love that bag) and won't fatigue the shoulder as much after a long day.

Ted is like a long, live-action Family Guy. That's a good thing. I mean, it worked.

Staying with my parents tends to make me revert to the habits I had when I was in high school. I feel like an entirely different person. It's not necessarily a good thing. I'm lazier. I am less healthy. I need to go back to Lawrence. I have drank 3 Mountain Dews in the past 3 days. That represents sodas number 2, 3, and 4 this year. I don't like that trend.

Top 5: Personality changes that show I'm getting older
5. I like a show on HGTV
4. I like getting up early
3. I think "man, I shouldn't eat that" every so often
2. I'm looking forward more to the Olympics than the X-games
1. I want a place of my own, a dog, and I embrace my coming stability

Quote:
"Men in Paint Three"
- Jon Sliter's guess for the "name that movie" thing they do before movies. It was black paint. -
THOUGHTS